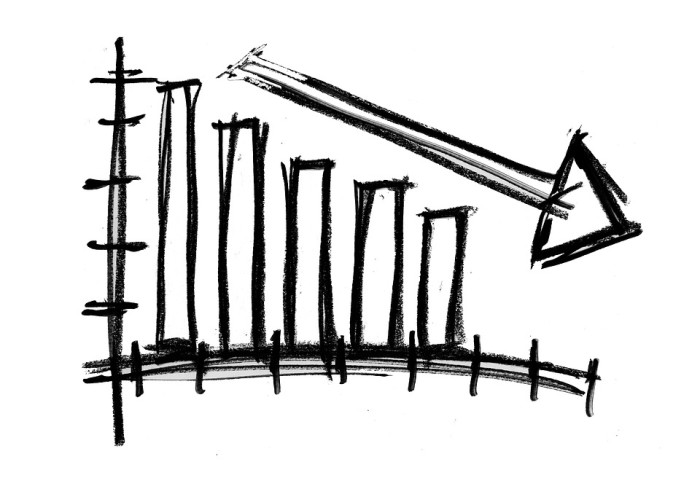 These past recent months, there have been talks of weather India is staring at an Economic Crisis. The Indian Government, have tried to tone down this matter by saying that India is just going through a slowdown which is natural as a result of generalized Global Economic slowdown that is affecting even the developed economies of USA, UK,Japan and other countries around the world. However, latest data released for the 2nd quarter of 2019(July to Sept period) has given us clear data that indicate that the rate of growth of the Indian Economy has not just declined drastically but majority of the India’s population have got poorer, are consuming less and are unemployed. 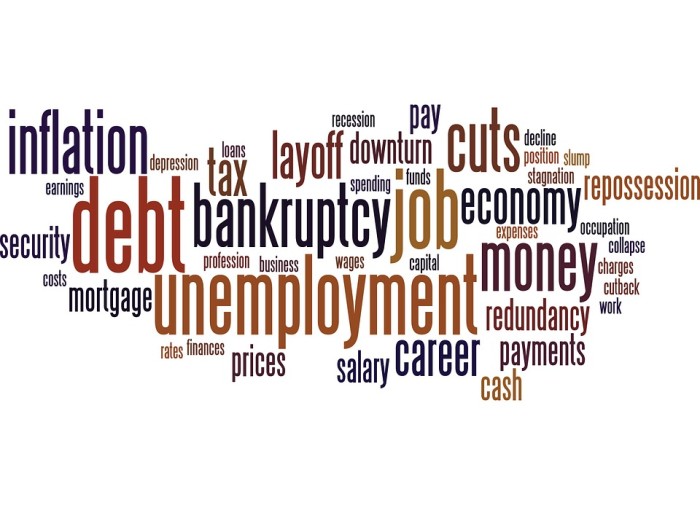 GDP growth has been just 4.5% which is the lowest since 2013 Quarter 4 period. This means that the growth experienced by Indian Economy to provide jobs to it’s more than a billion population right now is just not enough!!! 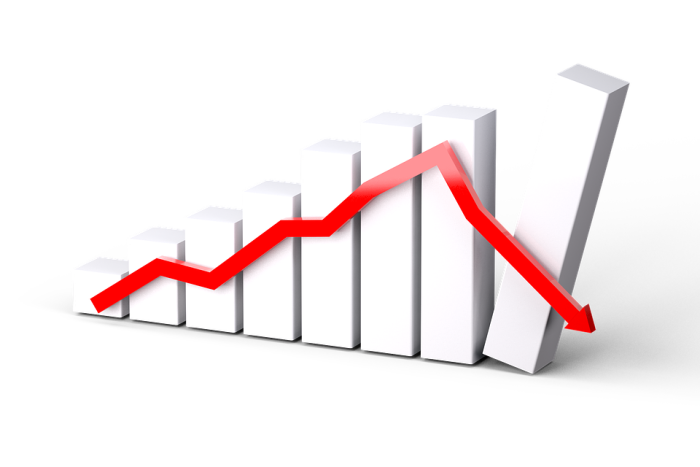 Declining Growth Rates of the Major Sectors of the Indian Economy

Industrial Production is at a low

Industrial and Manufacturing Activity have contracted as indicated by contraction of the core sectors of Indian Economy by 5.8% with a decline in production of crude oil, natural gas, cement, coal production, electricity, steel etc.

This indicates that there is less demand for these essential products required by Construction industries and manufacturing units for production and infrastructure building activities, due to them not doing much in their building and production activities.

Investment in the Economy has grown by less than 1%

Investment in India by business entities was less than 1% in this period with the investment rate gone down to 28%, meaning no companies and business entities are confident to invest in India at present. This is despite the measures taken by the current Government to induce industries and companies to invest more with the Government having exercised its monetary policy of Repo rRate cuts so that industries and companies get cheap loans for investment purposes.

Besides cutting of interest rates, India’s Finance Minister Nirmala Sitaram also gave tax reductions to Corporate Entities amounting to 37,000 crore, even then investment has not picked up. Generally, if the above measures don’t work, it could only mean that there other issues ailing the Indian Economic Environment that needs to be fixed, for investment and growth to pick up.

More worrying truths that are ugly emerge as well as rural distress has only increased, along with 7% increase in unemployment with their consumption having come down by 2% according to the 2018 leaked data of National Statistics Office (NSO).

Poverty has increased as well, with income inequalities having grown at vulgar proportions!! The majority of the section of India’s population who are in the bottom of the pyramid, are only getting poorer day by day.

Retail inflation with low growth in economy and unemployment a worry!!

In the months of November and December, Retail inflation had risen to
5.54% and 7.35% with increase in prices of essential food items – milk, vegetables, egg, fish and meat. A majority of India’s population are low income population, along with low growth in job opportunities and unemployment, rise in prices of essential food products will have them not able to even afford food for basic nutrition!!

The Structural issue in the current Indian Economic System

There have been discussions relating to whether this Economic slowdown is cyclical or structural, meaning are there inherent problems prevalent in the Indian Economic System that are the reasons for this economic low growth or is this just a natural economic cycle?. The answer to this is yes, there are structural issues crippling the Indian Economy. Since years the GDP growth of Indian Economy only grew because of profits made by the Corporate sector, but a large section of India remained poor and India’s rural economy has been destroyed.

Farmer suicides since years because of Poverty

Agricultural Sector that comprises of farmers and labourers that provide food security to the entire Indian country have never procured a decent remuneration to make a living even though the goods that they produce have a permanent long standing demand as everyone of us are consumers of food materials for our survival, health and vitality!! Add to this they often are exploited and stressed due to the pressure of them needing to pay back loans, due to which many have been committing suicides.

The Workers and Labourers have always been paid very poorly

The workers and labourers in factories and industries are the real producers, but they never had job security even though their employers like big car companies, tyre companies, Construction companies and others make profits using their services, their wages also have been unfairly low when compared to the value they added to the Economic system. This was the case even when India experienced an economic boom, when Manufacturing and Construction companies were expanding and making profits.

Traditionally, India’s rural Sector provided jobs to people in occupations like handicraft making, handloom cloth business, there were fishermen, farmers, small vendors, hawkers, khadhi weavers etc. These jobs were supporting giving livelihoods to lakhs of people in the area without the need for them to take that difficult step of migrating to urban areas and struggling to make a living there. However, that sector has been neglected by the Indian Government, as a result India’s poverty levels remain high.

SMEs are important as they provide employment to many

Small and Medium Enterprise segment (SMEs), that comprise of small and medium sized businesses do provide employment to a large population, but that segment has largely been ignored in the current Economic System which has favoured only capitalist entities in India!!

India’s GDP would definitely have been better if all it’s sectors of Economy were nurtured and attended to by the Indian Economic System. So, farmers, weavers, textile workers, labourers, workers, fishermen, small and medium enterprise constituents would have earned enough to lead a dignified life. Then with enough money in their hands, their purchasing power would be constant enough to keep them demanding essential goods and services – food, electricity, healthcare, education services and other goods required by them which would have a positive and real increase in India’s GDP.

India’s prosperity only possible if the neglected sectors are revived

It is high time India becomes that country where poverty is eradicated and everybody has enough to lead a decent basic standard of living. India’s Economic system of production has been unjust to the majority of its population involved in occupations mentioned before (agriculture and farming, traditional textile industry comprising khadi and handloom garments, small scale industry constituents, fishermen, factory and industry workers and labourers, hawkers, handicraft artisans, weavers and more) .

Another, really troubling fact is that Big Corporates and individuals have cheated many Public Sector Banking institutions with non-repayment of loans and gotten away with it for a long time. This has affected the common man, as when there are bad debts and non-performing assets(NPAs), the hard earned money of the bank’s depositors are unsafe, with the bank not having liquidity to pay back it’s depositors with all that the amount lost as unrecovered loans.

Outlook Magazines story on Indians fear in having their saving in Public Sector Banks
https://www.outlookindia.com/magazine/story/business-news-is-your-money-safe-why-indians-are-losing-their-trust-in-banks/302302

One of the latest cases is of Punjab and Maharashtra Co-operative (PMC) Bank not able to recover Rs 4355 crore loan which it lent to Housing Development & Infrastructure Ltd. Due to this, there were concerns on PMC’s money liquidity availability and Reserve Bank Of India (RBI) intervened imposing restrictions on Depositors on withdrawing their own money from the bank. It has to be noted that mostly the common man with small earnings are affected here with their years of hard invested savings being insecure in a public sector bank.

Now figures show that Bank Credit lending has come down by 88%, banks are not comfortable to lend to companies like before in fear of NPAs increasing as these companies may not be able to pay the loan back in the prevailing economic climate which is not looking promising.

The above case is just one example of bad loans, owners of profit making companies like Kingfisher’s Vijay Mallaya and jewel company businessman Nirav Modi have gotten away from India earlier without paying back the loans and advances they secured amounting to crores of money. All this definitely shows that India’s Banking Sector is not healthy which is required for the good financial health of the Economy. This also reflects how big companies and businessmen get easy money from the system, that’s not the case for small sectors discussed before, even though the small sector has potential to employ a lot of population lifting them out of poverty and hardship.

Now, all these problems existed for a long while, but India sustained some growing GDP numbers as IT companies and other constituents in the capitalist system employed a small section of people who earned degrees and worked hard. India’s GDP growth, was definitely one sided it never reflected the prosperity of the Nation as a whole.

Growth of Nation cannot happen just by encouraging sales of cars, aiding the automobile industry to grow, or sale of real estate that’s also a costly market, or being happy with earnings that come from air travel, or gold jewelry sales anymore. Government must cater to the requirements of small players rather than having India’s GDP grow by stimulating demand of the upper class segments on products and services of big companies, industries and economic powers. This is definitely a monster economy not giving a level playing field to small players!!

Demonetisation in November 2016 had the Government declare old issues of 500 Rs and 2000 Rs notes to cease as acceptable legal tender to be replaced by new version of those currency notes.

Demonetisation, resulted in small entities in neglected sectors not have money liquidity to sustain business, overtime they were forced to shut down and lakhs of people lost jobs. Added to this, came the Goods and Services tax (GST), this magnified difficulties for the small, neglected sectors discussed before, as they could not pay tax and this increased their distress. Ideally, small and medium Industries and businesses should be exempted from tax until they mature with constant earnings and prosperity.

Much more can be said on India’s Economy, especially how precious money is lost in corruption wastages. Even though India Metro Cities are saturated with unsustainable and unplanned development, more projects that are not required are introduced like the needless flyovers,skywalks, dam building on free flowing rivers and other things. Often, money gets allocated for those projects, and corruption has officials pocket money. Again, big companies that get tender for the project get fatter making money out of it. However, no development happens in rural areas which lacks basic roads, healthcare and educational facilities. There is no balanced all around development that would benefit the entire Nations with prosperity and peace.

A must mention is resulting deterioration in environmental conditions in India with Government having allowed big economic entities to pollute rivers, cut trees, reduce forest cover for business projects of big companies and industries.

India is definitely in a mist of a big economic and environmental crisis, hopefully, Government at least encourages all the sectors that became marginalized as they were neglected to develop now, so farmers, weavers, textile workers, artisans, labourers, small entrepreneurs, small and medium enterprise businesses workers get to earn a living and many millions of population get employed and skilled working in these sectors.